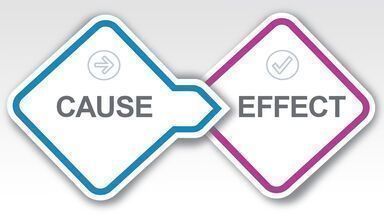 Cardiovascular disease, stress and depression the cause of disease

It is now well established that cardiovascular disease is no longer a problem andsclusively male,
but are instead the leading cause of mortality and disability in women over age 50; in fact, it is estimated that cardiovascular disease is the cause of death for 55 percent of women versus 43 percent of men.
To the "traditional" risk factors for cardiovascular disease (high blood pressure, smoking, diabetes, overweight, age…)
others termed "emerging" and specific to the female gender have been added in recent years;
among them, stress and depression have recently emerged as the most impactful and disability-causing.

Depression does indeed affect almost 3.000.000 of women in Italy, involved in a ratio of 2:1 compared to men.
It is also now proven that chronic stress increases the risk of heart attack and stroke on par with smoking and high blood pressure, as shown by a recent study published in Lancet.
Another study conducted in New Zealand and published in the prestigious journal Heart has even highlighted that the most stressed heart patients are four times more likely to die from cardiac causes and nearly three times more likely to die from any cause than non-stressed people.

Taking stock of women's health with a specific focus on gender medicine will be the 1st National Congress of Onda
"Women's Health – Women's Diseases of Major Impact: From Specialty to Multidisciplinary Approach," which opens today in Milan and places special emphasis on the interactions between various diseases in both young and older.

"Women's health in Italy has improved", he states Francesca Merzagora, Onda president, "but certain conditions are still very impactful: on the mental health front, depression in adolescents and young women is growing at a rapid rate, while the first depressive episode in old age is now considered a prodrome of dementia. Cardiovascular disease, the leading cause of death for Italian women is still accompanied by a lack of awareness among the female population leading to diagnostic and therapeutic delays ".

"At the top of the pathologies with the greatest disability are cardio-cerebro-vascular disorders and unipolar depression", explains Claudio Mencacci, Onda Scientific Committee chair, "diseases that, if they occur together, exponentially increase the risk of mortality. Significant genetic and hormonal differences that distinguish the female and male genders see a clear prevalence of depression and anxiety throughout women’s life cycles, while for cardio-cerebro-vascular diseases a strong increase in the post climacteric stages and in older age. Chronic stress conditions are now considered as risky as smoking and high blood pressure in facilitating myocardial infarction and stroke.

At the origin of both cardio-cerebrovascular disease and depression there is a pro-inflammatory phenomenon involving damage to both endothelial function and the immune system".

"Women's cardiovascular risk awareness campaigns", states Maria Penco, Full Professor of Cardiology, Director Postgraduate School, Cardiovascular Apparatus Diseases, University of L'Aquila, "have so far mainly targeted the older population, in which there has therefore been greater attention from the medical community. The latest data in the literature, however, have shown that the female population between the ages of 35 and 54 is also at risk, suggesting the need to introduce screening campaigns as early as age 25 focusing on the treatment of risk factors but especially on awareness of the role each plays in increasing the likelihood of having cardiovascular disease. In addition, and this is not irrelevant, it is women themselves who have little knowledge and awareness of their individual cardiological risk and that it may even be higher than that of men.".

"Much has been done to improve women”s quality of life and even more can be done through Research”, says Massimo Scaccabarozzi, Farmindustria president. "An acceleration in recent years has come from personalized medicine, with ad hoc care for each patient, and to the renaissance of Research, with 7.000 drugs in development worldwide for important diseases that also affect women’s universe: cancer, cardiovascular disease, immune system, diabetes, infectious diseases and neurological diseases. Results that can be realized through strong collaboration between drug companies, institutions and system operators. This is the prerequisite for therapies increasingly directed at women's health.".

"This first edition of the Onda congress", continues Merzagora, "represents an’opening to the scientific world: gender is now an indispensable parameter to ensure the personalization and precision of care both in clinical settings and in the organization of health services. Italian women have a life expectancy of 85 years, consume more drugs with a prevalence of use of 67.5% vs. 58.9% of men, have lifestyles that are not exactly correct (14.8% smoke, 28.2% are overweight, only 10.3% exercise and 44.1% are sedentary). The goal of the Congress is also to bring young people closer to the concept of gender-specific medicine so that more and more within Italian hospitals there is specific attention to women’s health as is already the case in facilities with Pink Stamps".

"First and foremost, a big thank you to Onda for its constant commitment to women", concludes the Sen. Emilia De Biasi, Chairman Committee on Hygiene and Health, Senate of the Republic. "Progress has been made but I believe that even more can be done in favor of women's health and I pledge my commitment to this. Especially to deal with some pathologies such as depression with respect to which, I am convinced, it would be necessary to have an in-depth study to understand what can be the guiding suggestions so that the Institutions can intervene and also how to properly raise in the public debate depression, which affects many people but is often disguised and mistaken for something else. And in this women's depression has a relevant place.

As well as for cardio-vascular diseases, which are the leading cause of death for Italian women. However, more generally I would like women’s health to be able to be present in every sphere of civil living, I would like women’s health to be talked about when we talk about work, the work environment, the family dimension, that struggle women make to hold everything together while perhaps forgetting, at some time, themselves. You live longer, but with a thousand aches and pains.

Health that cares about women's views, women's bodies, and women's minds is a great goal of civilization."