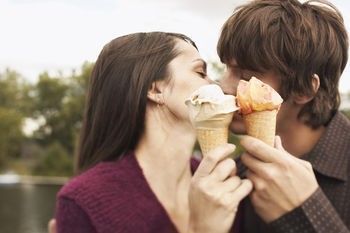 Mononucleosis, here is how to deal with the kissing disease

An impressive and often underestimated phenomenon. The mononucleosis affects almost 65 to 70 percent of adolescents between the ages of 16 and 18 who have contracted it but are not even aware of it: in fact, only 5 percent of them experience discomfort and symptoms that lead to the identification of the disease.

The symptoms and causes of infection – Frequent mild fever accompanied by general fatigue are the most common effects.

There are several ways by which one can get sick: a kiss, a glass or a teaspoon used by a person with Epstein-Barr virus, sexual intercourse, a close sneeze from a stranger in a crowded public place. When you are under stress, it is much easier to get infected because the immune system functions poorly and the body is easy prey for viral attacks.

Here’s how to recognize it and how to treat it – Diagnosis can be made at several levels. First, the number of white blood cells is assessed with the hematocytometric examination. Then serologic and evaluative tests for the presence of specific antibodies directed against EBV are performed.

The most widely used test is the monotest, which can look for heterophile antibodies present in 95 percent of cases of Epstein-Barr virus infection.

Against mononucleosis there is no single cure, except for the latest generation of antivirals such as acyclovir, Administered, however, only in really severe cases. Family physicians usually prefer to prescribe therapy that goes to remove the most troublesome symptoms. Cortisone drugs are sometimes given to deflate edema in pharynx and tonsils and help the sick person breathe.

Even for fever and joint pain there may be remedy through analgesic and antipyretic tablets.

But when it stops being “contagious”? It usually takes about 5 to 7 days from the disappearance of the most vistorized symptoms, but the elimination of the virus in saliva is highly variable from case to case. Sometimes there is the occurrence of a relevant symptom, splenomegaly, i.e., enlargement of the spleen, which highlights the’only major nonbacterial complication of mononucleosis.

As long as the spleen is enlarged by mononucleosis, rest is of paramount importance: the sick person can go to work or school, but cannot undergo exertion such as running or exercising.