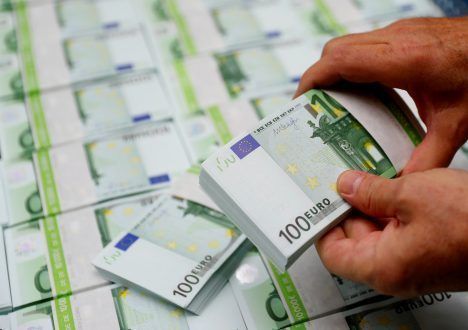 Seven million euros to bring fire-fighting systems up to standard, renovate psychiatric wards and the premises where the transfusion services of ten hospitals in Rome, the hinterland and the provinces are located. The appropriation was deliberated by the regional council, At the last meeting, to address some urgent interventions in line with the provisions of the 2013/2015 operational plans. For the reorganization of the transfusion network, a total of more than 800 thousand euros which will go to fund the work to complete the transfusion service of the S.

Camillo with 267,000 euros, of the S. Maria Goretti of Latina with 175 thousand and that of Belcolle hospital in Viterbo with 367 thousand euros.

There are two interventions for the adaptation and standardization of fire-fighting systems and they will concern the S. Paul of Civitavecchia in the amount of 219 thousand euros and the reunited hospitals of Albano and Genzano in the amount of 1 million 189 thousand euros. The line related to the restructuring of psychiatric emergency services instead Will commit more than 50 percent of the total amount namely 3 million 825 thousand euros that will be used to finance four interventions: the renovation of the Spdc department of the Umberto I Polyclinic planned expenditure is one million; slightly less is the commitment for works at Tor Vergata, which is 986 thousand euros. For the renovation of the Psychiatric Diagnostic and Treatment Service of the Sora hospital the sum committed is 757 thousand euros, for the department of the De Lellis hospital in Rieti, on the other hand, it is one million and 80 thousand euros.

“With this act we finance urgent works in 10 hospitals. I want to emphasize – says the president of the Lazio Region, Nicola Zingaretti – that more than 50 percent of the total sum is earmarked to give a more dignified look to psychiatric wards, places of great and often silent and dramatic suffering. Healthcare changes by starting to return attention and resources to the areas that have been most neglected in recent years”. In the amount of 968 thousand euros, on the other hand, work on upgrading and bringing the headquarters of theS Company. Giovanni in Amba Aradam street 9.

The work will affect two levels of the building and is aimed at adapting the premises to house administrative offices and the Department of Epidemiology.