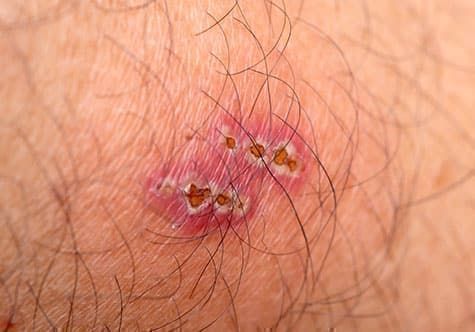 Research conducted by a team of scientists at the University of Copenhagen (Denmark) reveals that garlic has the ability to fight resistant bacteria as a therapy to combat chronic infections such as fibrosis cystic, or injuries suffered by diabetic patients.

Garlic has traditionally been considered a favorable food for preventing and curing infections in the
human body.

Hippocrates, considered the father of medicine in ancient Greece, recommended its use as a therapy against
various diseases and infections, and certainly on more than one occasion garlic has been mentioned as a natural remedy
for various ailments, such as eliminating cold sores’cold sores.

The research carried out

The research was carried out by a team led by Michael Givskov, a scientist who analyzed the effects
dell’garlic on bacteria since 2005.
These researchers identified the person responsible for this antibacterial action in 2012.
It is an active sulfur compound called ajoene that is capable of destroying important components in the
Bacteria communication systems involving regulatory molecules of RNA’RNA.
It also attacks the protective layer that covers the microorganism, called biofilm.
The new study, published in several scientific journals, revealed through closer examination
and documented, the ability that small molecules have to inhibit regulatory ajoene RNA in two types of bacteria,
Staphylococcus aureus and Pseudomonas aeruginosa.
The substance in garlic can fight at the same time and therefore could be used to strengthen the effect of antibiotics’the effect of antibiotics.

“We truly believe that this method can lead to the treatment of those patients who otherwise have few prospects. – says Tim Holm, one of the team members – We have enough knowledge to continue to develop a garlic-based drug and test it in patients“.

In case the clinical trials have good results, it is possible to start marketing the drug. For Giovanni D’Agata, president of "Sportello dei Diritti," this discovery could give scientists a new target against which to develop anti-infective drugs particularly multi-resistant bacteria.