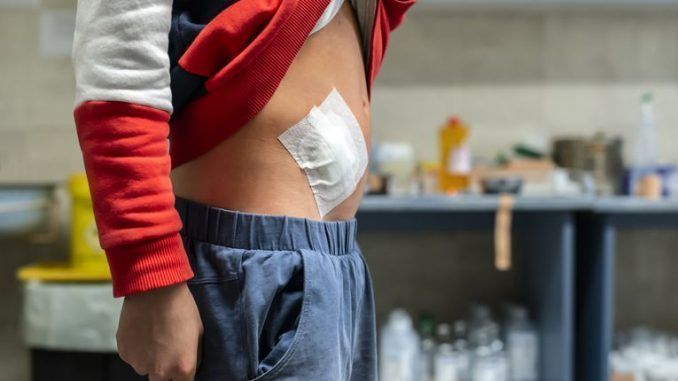 Hydrogen peroxide, how and when to use it

L’hydrogen peroxide is a chemical compound used as a disinfectant of small wounds of the skin and mucous membranes but also for excoriations and burns.

It also has a bleaching and sterilizing effect so it is also used to disinfect small instruments.

It is sold in diluted form precisely so that it can be used safely by humans; it does not burn on the skin and because of its powerful disinfectant effect Is therefore suitable against bacteria, bacterial spores, viruses and yeasts.

For the latter reason, it is also present in detergents that are used in the housekeeping: Hydrogen peroxide can be used to clean washable surfaces in the kitchen and bathroom, to remove stains and bacteria and whiten ceramics, but also to remove mold from walls in rooms subject to moisture.

As anticipated, hydrogen peroxide is very effective for treating:

How it is used?

Simply apply the product to the area to be treated, more than once a day, until the wound has healed.

If after the multi-day treatment the area still shows redness, pain or signs of infection, you should seek medical advice.

Given the use of hydrogen peroxide in the medical field, one should not forget that this compound is also effective for other areas such as the beauty of one’s hair.

Indeed, hydrogen peroxide has a lightening effect on hair (but also on teeth and fingernails and toenails).

To lighten hair, simply use hydrogen peroxide at 40 volumes, so as to remove one’s natural color and then proceed with the dye of choice.

You can also prepare foot baths or hand cleaning solutions with hydrogen peroxide; in fact, it is also very effective for softening corns and calluses or whitening yellowed nails.